Miami, Florida, Jan. 24, 2023 — QuickNode, the most performant end-to-end development platform for Web3 builders, announced on Jan. 24 the closing of a $60 million Series B funding round led by 10T Holdings, LLC and with participation from Tiger Global, 776, Protocol Labs, and QED, among others. This latest round values QuickNode at $800 million and will be used to accelerate the company’s global expansion and further empower the builders laying the groundwork for a decentralized, globally connected future.

Since its founding in 2017, QuickNode has established itself as a leader for businesses and innovators that require resolute blockchain development tools that consistently rate best-in-class for speed, reliability and security — successfully handling billions of blockchain calls daily with 2x faster response times than competitors and 99.99% uptime across 16 chains and 33 networks. In addition, QuickNode’s user-friendly interface and robust multichain developer tool suite have made it the preferred choice of top Web3 businesses and the biggest global brands.

Alex Nabutovsky, co-founder and CEO of QuickNode, commented on the announcement:

“At QuickNode, we firmly believe in Web3 as the future of the internet. Blockchain adoption and development continue to increase year-over-year, and we expect continued momentum in the space.”

With this funding, QuickNode will help streamline the Web2-to-Web3 movement at scale by providing developers with the education, performance, reliability, and deployability required to onboard the next billion blockchain users. QuickNode also plans to double down on hiring the best minds across the globe, hosting community-driven events and workshops, and developing cutting-edge Web3 offerings such as QuickNode Marketplace. 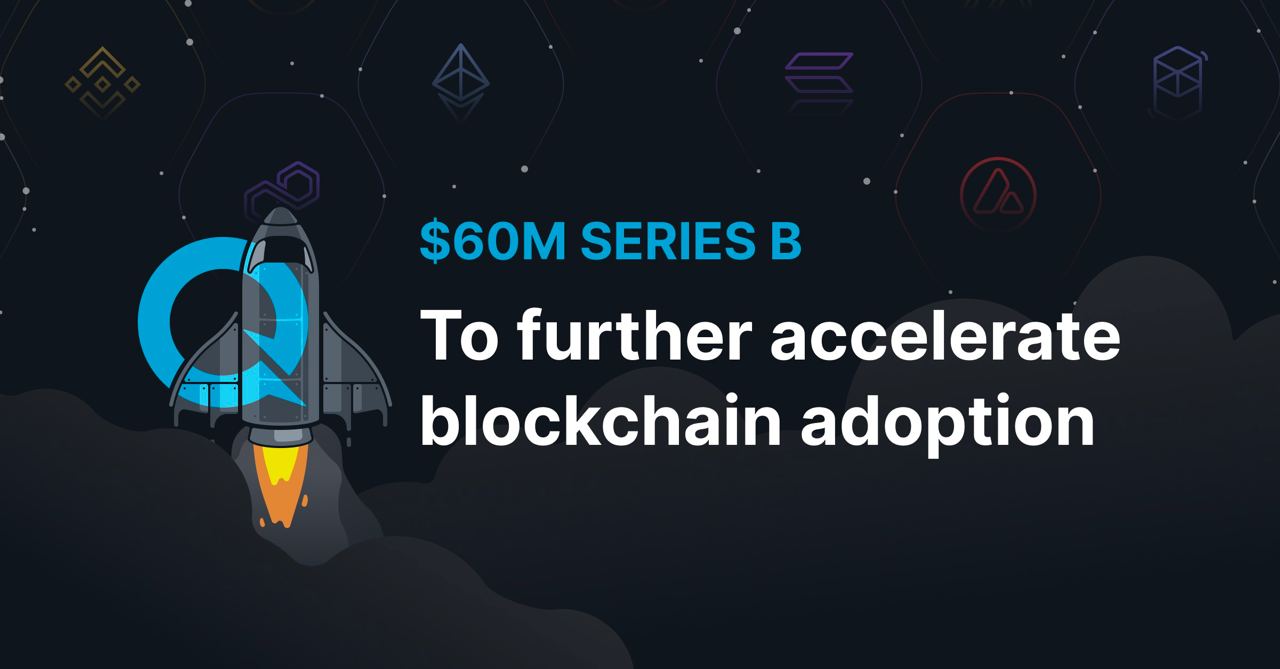 “The industry is about to enter its next era, and with this raise, we are preparing for mass adoption of blockchain technology in 2023 and throughout the rest of the decade. We are proud to help our customers scale to their full potential and move the industry forward.”

Despite choppy waters in the broader Web3 space in 2022, QuickNode has seen remarkable growth over the past year, with its revenue growing more than 300%. “Many of our customers have said it best — ‘In a bear market, we build’ — and we’ve been thrilled with the adoption we’re seeing on QuickNode, especially over the last few months,” said Nabutovsky.

This Series B funding round led by 10T Holdings, LLC comes just over a year after QuickNode announced a $35 million Series A funding round led by Tiger Global in October 2021. In that time, it has grown its user base by over 400% and expanded its team by hiring more than 90 new team members across eight countries. QuickNode currently provides industry-leading blockchain infrastructure on over 16 blockchains, including elastic APIs, powerful analytics and expert-crafted resources that enable a wide range of use cases — all backed by end-to-end support and world-class, SOC 2-certified security.

QuickNode is building infrastructure to support the future of Web3. Since 2017, it has worked with hundreds of thousands of top developers and companies, helping scale DApps and providing high-performance access to 16-plus blockchains. For more information, please visit www.quicknode.com.

This publication is sponsored. Cointelegraph does not endorse and is not responsible for or liable for any content, accuracy, quality, advertising, products, or other materials on this page. Readers should do their own research before taking any actions related to the company. Cointelegraph is not responsible, directly or indirectly, for any damage or loss caused or alleged to be caused by or in connection with the use of or reliance on any content, goods, or services mentioned in the press release.

Play-to-Earn Is a Losing Game With a Focus on Money, Says Critics

Bitcoin slides to $23,600 as the altcoin market trends higher

Bitcoin News Press Feb 2, 2023
Editor's Note: With so much market volatility, stay on top of daily news! Get caught up in minutes…

MetaMask Adds New Wallet Settings, But Is It Enough for User Privacy?

Why Bitcoin, Litecoin, and Dogecoin Are Moving Higher Today

These crypto-related stocks rallied up to 200% this year. Here’s why